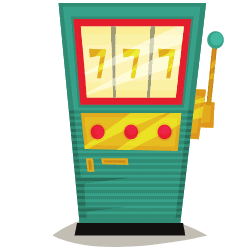 The natural beauty of Alleppey continues to attract tourists who travel to this region from different parts of the world to cruise through its enchanting backwaters and unwind on its serene beaches. One of the largest cities of Kerala, it is believed to be an oldest planned town of the state. Lord Curzon, Viceroy of British India during the early twentieth century had described Alleppey as ‘Venice of the East’ on his visit to this region. Many festivals are celebrated in this marvellous tourist destination with great zest. But, the Republic Day celebrations in Alleppey have a special significance among its residents. On this occasion, sweets are distributed during social gatherings, while some prefer to stay indoors to watch live telecast of the Republic Day parade.

Alleppey had its own share in the freedom struggle of India and also witnessed several movements until Kerala was formed as a separate state. Alleppey is also known as Alappuzha among locals, who are proud of its rich cultural heritage. Beautiful views can be enjoyed by tourists when they embark on a houseboat trip on its famous backwaters. Lush green coconut palms and vast paddy fields greet them on their way as they savour some of the blessings that nature has showered on this region.

When it comes to comfortable accommodations, tourists would have plenty of choices in terms of hotels and resorts. They not only provide excellent rooms or suites, but also offer an opportunity for guests to get involved in its traditions and culture. Some of the hotels even celebrate popular events and festivals. Tourists staying in such a hotel celebrate Republic Day along with the staff and other guests, if they happen to book their accommodation around 26th of January. Participating in these celebrations would give them many pleasant memories to cherish for a very long time.